I am a writer who loves good music and good stories.
It’s been my privilege to combine these loves by writing fiction that honors the creation of beauty, even in the bleakest of circumstances, through the creation of music.

Connie Hampton Connally has loved music and the written word all her life, and many of her adult years she’s spent working in those fields as well. She holds a BA in English from the University of Washington and an MFA in creative writing from Antioch University. She’s published magazine stories and newspaper articles, worked as an editor, taught high school English and elementary music, and is currently a respected presenter at writing conferences. Through teaching music Connie discovered the work of Hungarian composer Zoltán Kodály, who uplifted his nation through decades of war, political oppression and social upheaval. Connie couldn’t resist this theme of creating beauty amidst hardship. She wrote The Songs We Hide as a result, and she is currently writing another novel set in Hungary.

Connie and her husband live in Tacoma, Washington. They travel frequently, since they have family members living abroad. Because of her family and her characters, Connie has set her heart—and often her feet—in faraway places. 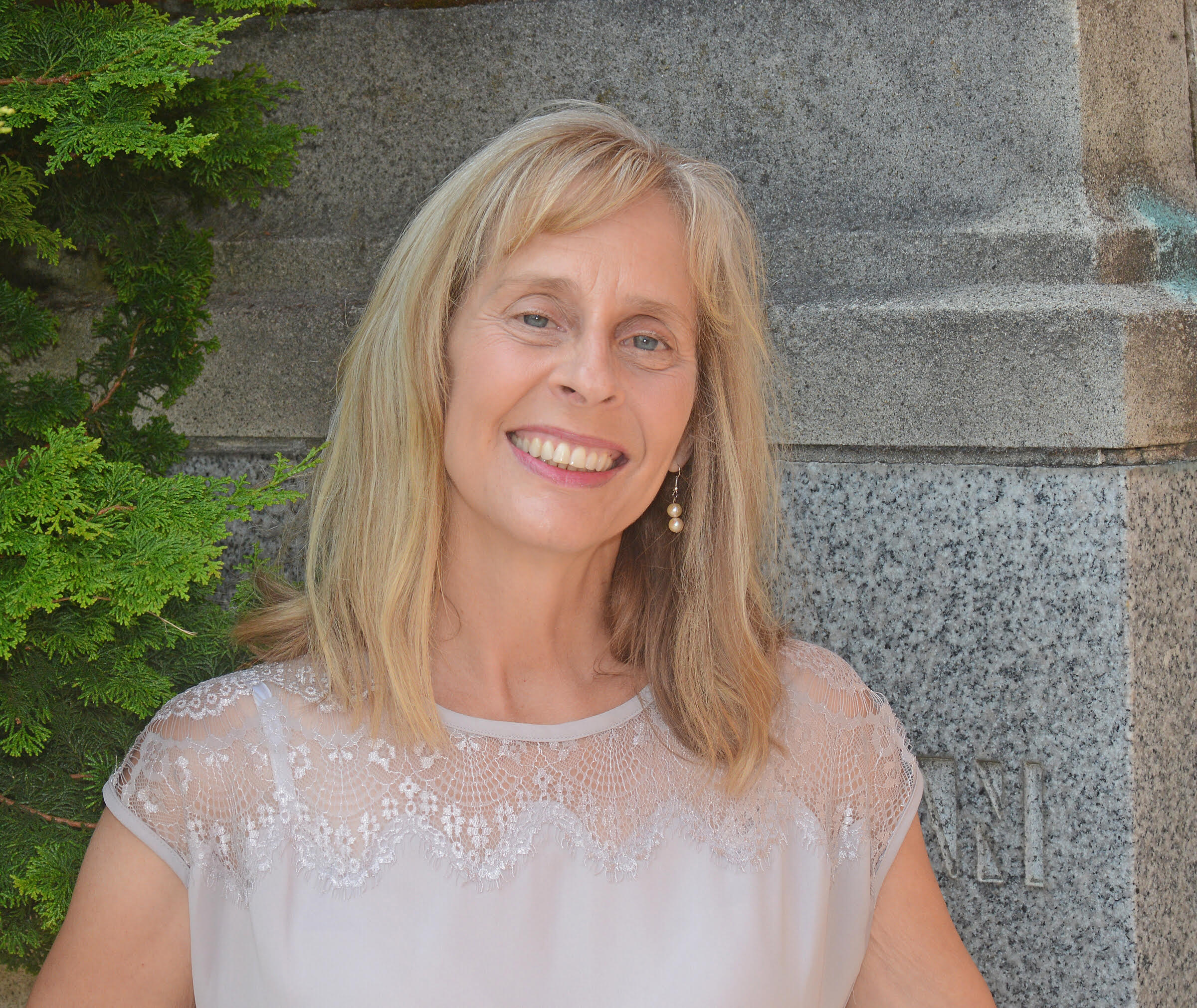 One August evening in 2006, Antal Varga, an old Hungarian violinist, is approached by a young American stranger. The woman, Lisa Denman, hands him music he himself wrote at age seventeen. Suddenly Varga’s darkest memories are jarred open, for he wrote this during Budapest’s terrible siege of 1945. Lisa, a distant relative, wants to know the music’s story, which her grandparents held back from her. Sensing that the time has come to face old hurts, Varga re-opens the music. The siege and its harrowing aftermath are again laid bare before him. Little by little, Varga deals with Lisa’s questions, as his grandson Kristof translates and begins asking questions of his own.  In working through the music together, Varga, Lisa and Kristof each confront their shared and separate pain. They discover that though hurt may extend over generations, love extends further still, and grief can be re-composed as beauty. 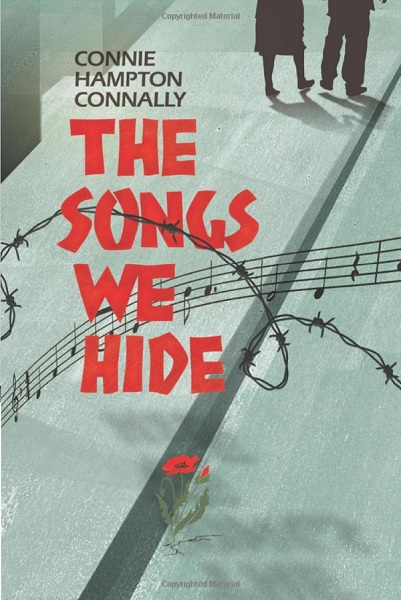 The Songs We Hide

In 1951, a grim hush has settled over Hungary. After a lost war and a brutal transition to communism, the people live under constant threat of blacklisting, property confiscation, arrest, imprisonment and worse. In this milieu of dread, the best land of Peter Benedek’s peasant family is seized and his life upended. Moving to Budapest for a manual labor job, Peter meets Katalin Varga, an unwed mother whose baby’s father has vanished, most likely at the hands of the secret police. Both Péter and Katalin keep their heads down and their mouths clamped shut, because silence is the only safety they know.

But the two have something in common besides fear: they are singers. When Katalin starts giving Péter voice lessons, they take an intrepid step out of hiding by making music together. Little by little they tell each other what they cannot tell others. In their bond of trust, they find relief and unexpected happiness.

Yet the hurts and threats in their lives remain, waiting. As harsh reality assaults them again, is hope even possible? Facing their hardest trials yet, Peter and Katalin learn to carve dignity and beauty out of pain.

To order the book:

“Enriching and evocative, Connie Hampton Connally’s historical The Songs We Hide is about the redemptive potency of beauty, love and music . . . [It] resounds with grace and poignancy. It is a captivating masterpiece of historical fiction.”

“Like a pristine blossom in a devastated landscape, The Songs We Hide affirms the power of beauty and art in the midst of oppression. Connally convincingly recreates 1950’s Hungary with a story as timeless as love.”

“Connie Hampton Connally’s historical novel The Songs We Hide is a beautifully written, well-researched page turner. I simply could not put the book down. The Songs We Hide fills a great gap in American literature, describing a horrific era that is out of the experience of most Americans.”

“Connie Hampton Connally builds a realistic, captivating setting and the strong voices she gives her narrators are certain to stay with her readers long after they set the novel down.”

—Eric O. Jacobsen, author of The Space Between: A Christian Engagement With the Built Environment

“The Songs We Hide is a tender triumph: a book about the insidiousness of oppression, the strength of shyness, …of choosing risk wisely…. I loved Peter and Katalin from the get go. They’ll stay with me for a long time.”

“In The Songs We Hide, Connie Hampton Connally evokes stunning emotions… the reader will wonder, and hope—Can people withstand, can they be stronger than the hatred and betrayal around them?”

“Who can you trust when your own government betrays you? Connie Hampton Connally takes us into Hungary shortly after World War II and the bonds that form when old rules no longer apply. Meticulously researched and written, The Songs We Hide brings us face to face with this little explored chapter of history…”

—Kathleen Alcala, author of Spirits of the Ordinary

Rivers of Ink, A Conference for Writers

Rivers of Ink is a wonderfully helpful and intimate conference in Richland, WA, this year held on October 7 and 8, 2022. For information about it, click here. I'm excited to be part of it, presenting a workshop titled Tension: A Story's Dynamic Uncertainty. The other...

END_OF_DOCUMENT_TOKEN_TO_BE_REPLACED 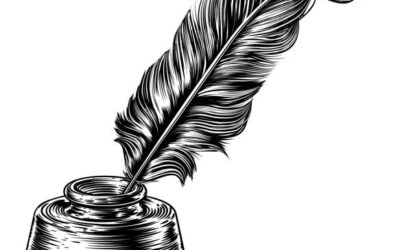 This June 20-24 in Grand Rapids, MI, I'll be attending a wonderful new writing workshop. Scriptoria is a joint effort of three universities: Calvin, Cornerstone and Aquinas. It follows the format of an MFA residency, with critiquing workshops in the morning, seminars...

END_OF_DOCUMENT_TOKEN_TO_BE_REPLACED 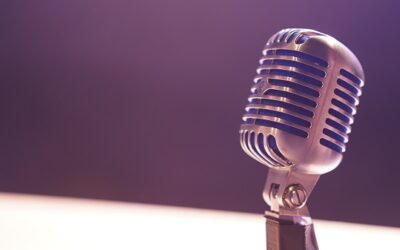 On the evening of October 14, 2020, I'll be speaking to Whatcom Writers and Publishers in Bellingham, WA. The topic will be "Writing With Emotion." If you'd like to visit that night, please check their website to see if the meeting will be in person or digital.

The Songs We Hide on Mighty Books Podcast

Ryan Oliver of Mighty Books podcast interviewed me about The Songs We Hide. It was an excellent conversation. Listen in ! Here's the link: https://youtu.be/wqGxc-4GOzw

END_OF_DOCUMENT_TOKEN_TO_BE_REPLACED

Join us at Write in the Harbor!

This wonderful conference happens November 4 and 5, 2022 in Gig Harbor, WA. I'll be presenting, along with a terrific slate of other creative and talented people. If you're a writer or think you might like to be, come and join us!

END_OF_DOCUMENT_TOKEN_TO_BE_REPLACED

An American Reflects on Life in Peru . . . and in America

After living in Peru for a while, I’ve asked myself some questions about American life . . . and about myself.