A Question Frequently Asked by Writers: Why Do I Keep Doing This?

Sometimes persistence pays off–if not in money, in other rewards.

A friend of mine, Ruth Tiger, recently had the satisfaction of seeing her first novel in print. Titled The Away Place, the book draws on Ruth’s rich and varied experience 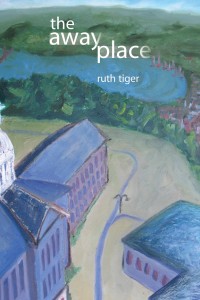 working with mentally disabled adults. It is published by Strategic Publishing Group and is available on-line (see Ruth’s website at www.zhibit.biz/ruthtiger). The long-awaited publication is a well-deserved moment of joy for her. It is also a real pleasure for those who know Ruth, her novel, and her determination in turning a good idea into an impressive accomplishment.

The Away Place is a beautiful story, told from the viewpoints of two characters: John, a young man with Down Syndrome, and Sarah, the idealistic graduate student in charge of of his welfare. In the opening chapters, John and four other disabled men leave an institution, the only home they’ve ever known, to move into the group home that Sarah has opened–and so begins one of the biggest challenges either John or Sarah has ever faced. Their lives become poignantly intertwined, and . . . well, read the book. You’ll be glad you did.

The book has a long history. When I first met Ruth about twenty years ago, she was just starting to write the book. I read each chapter as she wrote it, making comments and suggestions (a favor she returned with my work). What immediately impressed me–and in fact lingered in my mind over the years–was the clarity with which Ruth depicted the lives of disabled people. More than that, she entered the mind of one of them, allowing the reader to see the world through the simple, limited and often confused perception of a Down Syndrome man. This was a unique story.

As writers so often do, when Ruth finished the novel she set it aside, unsure what to do next. But years later she came back to it. At a friend’s suggestion, Ruth decided more of the story needed to come from the viewpoint of Sarah, the “normal” character with whom readers are more likely to identify. So she revised the story, letting half the chapters tell Sarah’s side of it–and this led to a powerful new ending to the novel. I recently read the finished, bound and published new version, and I was moved by it and excited by what Ruth had accomplished.

Probably the advice most frequently given to novel writers is, “Don’t quit.” This is because the task is so difficult; and encouragement, if there is any, is often scattered, distant and half-hearted. Novice writers wonder constantly if they are wasting their time on something no one but a few friends will ever read. But Ruth didn’t quit. She kept writing, kept revising, and finally produced a lovely work that will promote understanding of disabled people. Bravo, Ruth.

And to any of you who are struggling for a second wind on some project you took on twenty years ago–child-rearing, anyone?–I say, “Don’t quit.”