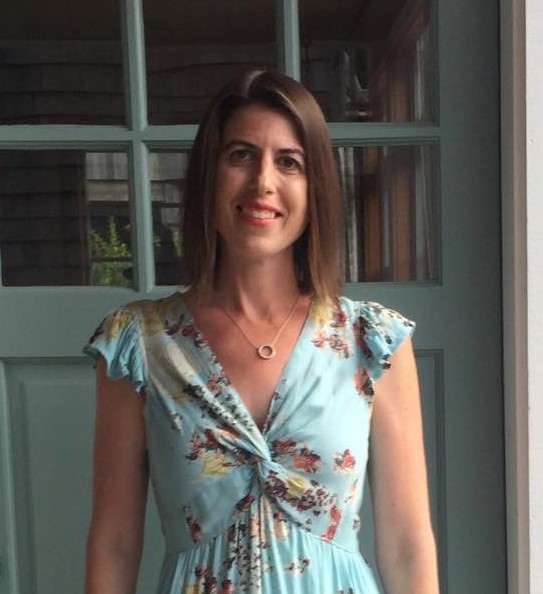 One of the things I love about being a writer is interacting with other writers and supporting their work. (See my previous post about Mary VanderGoot.) In the last year or so I’ve enjoyed getting to know Alisa Weis. She has written two historically based novels set in Roslyn, Washington—Swiftwater, which deals with a mining strike,and The Emblem, a story of interracial love and societal pressure. She is now writing a third novel, The Last Culprit, which explores the long-term effects of bullying. I recently asked Alisa some questions about her process and about what influences her writing. I think you’ll enjoy what she has to say.

Connie: What has kept you motivated through the writing of three novels?

Alisa: Knowing the alternative–that my manuscript would go in the back of a bedside drawer (or remain a file on my laptop)–motivates me to see a novel through to completion. As I’ve gotten older, I’ve become more purposeful with my time and determined to place my stories in readers’ hands. My kids are now 11 and 12, and they’re interested in knowing where in the writing process I am, and their inquiries keep me on my toes. I want them to see me as a mother who completes what she sets out to accomplish.

Connie: What comes easily to you as a writer? What in the process is harder?

Alisa: Imagination comes easily to me. Since I was little, I’ve had a creative mind and I’ve thought up lots of “what if” scenarios that lend well to storytelling. Are those tree branches or skeletons outside my window in the dark? What would happen if this elevator didn’t open in this old, rickety building?  Over the years, I’ve learned that imagination is a gift so long as you learn to rein it in and refuse to let it rule you. As a highly sensitive person, it’s also not hard to put myself in my characters’ shoes and feel the range of emotions they might experience.

The parts of the process that are harder include untangling subplots that don’t belong in the story, nipping habits (favored words and phrases) in the bud and writing in enough grit from the onset. In The Emblem, I had to go back and make my antagonist less two-dimensional and more calculated/cruel. I don’t like seeing the characters I love suffer, so I flinch a little at some of the scenarios I’m told need to happen in order to make the book more conflict-driven.

Connie: Are there people and authors that have affected your writing or shaped who you are as a writer?

Alisa: My high school English teacher (writer Douglas Bond) recognized my writing ability early on and instilled belief in me. He continues to mentor me and has been gracious enough to lend me his imprint (InkBlots Press) for my first two novels.  My favorite writers (in no particular order) include C.S. Lewis, George MacDonald, the Bronte sisters, Dickens and Shakespeare. More modern authors who impress me include Jodi Picoult, Ken Follett and Diana Gabaldon. While these writers are diverse and eclectic, they all have a work ethic and determination I admire and a willingness to delve into a range of human emotion. I’m not as interested in reading mass paperback books that give the reader mere Hallmark warmth for the holidays. Most of the time I’d rather read about heartbreak, betrayal, forgiveness and renewal, since we experience most (if not all) of these as humans and feel less alone when reading about someone else emerging from the fire–sometimes even without the ashes.

Connie: Writers speak of being a planner (working from an outline) or a “pantser” (as in, working by the seat of your pants, jumping in and then figuring things out as you go along). Which more closely describes you?

Alisa: The Emblem changed me from a pantser to a planner and humbled me greatly in the process. I used to think that because my imagination was vast, I could get by with “pantsing” it, but that’s not the case. I created fascinating scenarios in my earlier drafts, but wasn’t able to keep many of them because my subplots deviated too far from the protagonist’s storyline or took the story off the rails. My husband likened some of my edits of the book to home renovations, knocking down walls, but keeping the foundation. I’d rather not do that again. So while I’ll let some aspects of the writing flow surprise me, I now have character charts and at least a rough outline of where I’m headed.

Connie: Does your faith influence the way you write? In what ways?

Alisa: Yes, my faith is woven into everything I write. As someone who’s battled anxiety most of my life and experienced healing from trauma, I’m drawn to write about real, heartfelt topics that resonate with many. I long to give my readers hope, so long as I’m not preaching at them. I want to remind them through my characters that God also sees and values them. Writing is therapeutic in that it’s the gift God has given me and an avenue to raise my voice. If some readers merely enjoy the story and aren’t as moved with the aspects I’m weaving in, that’s fine. I know that stories don’t always hit us the same and that the takeaways can be different. My job is to tell the story that God has laid on my heart. With The Emblem, it was more empathy and understanding for injustices for what African Americans faced during the Great Migration. With The Last Culprit, it’s a closer look at what constitutes bullying and how long-lasting the effects can be for the aggressor and victim alike.

I have appreciated Alisa’s insightful comments and have enjoyed her poignant books. To read more about her writing process or to order her novels, please visit www.alisaweis.com