Drowning in Music, Tasting It, Touching It: Imagery For the Indescribable

Last week at a book reading I met author Shannon Huffman Polson http://aborderlife.com/ and heard her read from her memoir North of Hope.  It is a story of her grief pilgrimage, travelling to a spot in the Arctic wilderness where her father and her stepmother were killed by a bear. I bought a copy of the book and am looking forward to reading it.  Looks like a poignant, riveting story.

One thing that especially intrigues me is that into this wilderness narrative Shannon weaves Mozart’s Requiem.  Six musical “interludes” are included in the book, because as part of dealing with grief she sang the Requiem with the Pro Musica choir of Seattle.  When she spoke at her book presentation, Shannon discussed the difficulty of describing music 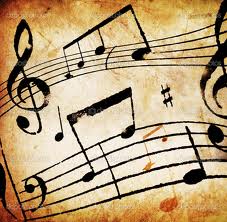 and said that writers will often compare it with the natural world.  Here is a sentence from North of Hope that describes the Mozart music in terms of the nature imagery running throughout the book. Notice the way the sentence incorporates the sounds of grief and conveys grief’s overwhelming power.

I am part of the music as a drop of water is part of a river, feeling the currents and eddies flow, the crashing and tumbling and streaming, the whispering and sighing and moaning and rumbling.

When Shannon spoke about how writers gravitate to images from nature to describe  music, her point immediately resonated with me.  The novel I am writing is about two singers, both of whom are very strongly affected by music, so of course my novel includes descriptions of music. I don’t think it’s any easier to describe how music sounds than to describe how wine tastes.  (Think of all those strange adjectives and metaphors wine tasters use.)  Figurative language is essential, because there is no way to press the “play” button for the reader.

In story-telling, the description also has to communicate the effect on the character.  The example above from North of Hope does that.  It is very raw, just as grief is.  The example below, taken from my novel-in-progress, shows music having a different effect.  In this, a twenty-two-year-old Hungarian peasant is listening to a young mother sing to her baby, and his reaction is fascination and longing:

“Sweet God,” he murmured, for the song flowed soothing and pure and good, quiet but full, richer than spring cream.  He listened almost guiltily as though stealing nourishment from the child and stealing joy from heaven.  A person could die in the presence of such beauty.

So here are some good exercises for practicing imagery:

If any of you out there in cyberland try this, send me your results, or send me your own ideas for imagery exercises!