Heart and Understanding: Adopting a Foreign Culture as a Writer

My son Brendan is a missionary in Peru. He and his wife and children live high in the Andes among the Quechua people. He uses the Quechua language daily, as well as Spanish. Brendan and his family eat the foods of the region (including guinea pig) and are observant of Quechua cultural expectations, which may or may not make sense to Americans. He has adjusted to this life out of love and respect for the Quechua people and his calling among them. Although he knows that to some extent he will always be regarded as a foreigner, he also knows that the people trust him. 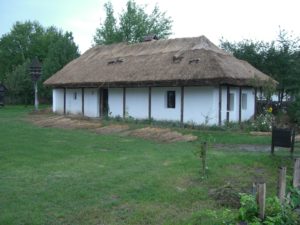 Although I am not living in a foreign culture as Brendan is, in my work as a historical fiction writer, I had to learn similar adjustments in my mindset and heart. My novel The Songs We Hide is set in Hungary in 1951. As I wrote the novel, I had to “become” as Hungarian as I could, which was a greater challege than I could have known. It was also a greater reward. Here are some thoughts on both the struggle and the discovery, as described in my author’s statement  for the book:

I didn’t know at the outset how hard it would be to write about a time, place and culture not my own. As I spent endless hours reading, interviewing, listening to Hungarian music, negotiating the streets of Budapest, and especially writing draft after draft, I struggled not only with understanding it all but also with setting aside my modern American assumptions. Whether we recognize it or not, Americans are optimistic and entrepreneurial, counting on opportunity. We take pride in speaking our minds and making our own choices. But what if, as in Cold War Europe, opportunity barely existed? What if speaking up meant endangering not only ourselves but others as well? What if social constraints were so tight that every choice carried a high cost?

As I wrote The Songs We Hide, I had to think with the guardedness, and sometimes bitterness, of post-war Europe.  The mental adjustment wasn’t easy. Still, at some point my frustration turned to understanding. I learned to appreciate dark Hungarian humor. I’ve come to love Hungary’s beautiful folk heritage and especially its rich musical tradition. This culture that is not my own has nonetheless become part of me, and that’s been my greatest reward in this project.