On My Husband’s Retirement: Honoring a Career Done Well 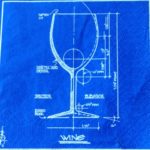 A napkin from Rory’s retirement party

Sometimes I go for months without anything “blog-worthy” happening. But the past few months have been so full of significance I hardly know how to sort things out. My husband retired, we traveled to Peru, and my book was released. On top of this, two of our grandchildren arrived to stay with us (and with their dad, our son Kevin) for two months. It’s a downpour, all of it worth writing about.

But this post has to go to Rory. After 40 years of dedicated work as an architect, his retirement is well earned. I want to take this opportunity to recognize the work he’s done – and more than that, the integrity he’s maintained.

When I was seventeen, I fell in love with a lanky guy with long hair, glasses, a warm smile, and talent in both drawing and math. His spatial logic was so strong it left me puzzled. Could he see around corners? It was as if he were hard-wired for angles and connections. Turns out he was. He was made to be an architect or an engineer, and he chose architecture. When we were 21, Rory married me, committing himself to life with a woman who barely had the mechanical understanding to operate a can opener. (But even so, we’ve been happy together ever since!) 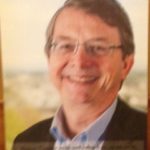 A year after we were married, he began working in the field of architecture. Twelve years later, when our youngest child was a year old, Rory took the step of becoming a business owner. He and Jeff Brown began a fledgling architecture firm, with Ken Rowan joining about six months later. For a while, their most consistent bread-and-butter projects came from Taco Bell. They learned to be grateful for “unglamorous” work; it was a whole lot better than no work at all. But as time went by, more opportunities came their way, and they enjoyed much more variety in their projects. The company grew. And grew. Almost 30 years later, BCRA now employs about 90 people.

As I said, when I married Rory I knew he was technically gifted. I didn’t know that he also had the smarts of an attorney and an accountant combined. But he did. The company looked to him to oversee its financial stability. He became the CFO and also the designated reader/micro-inspector of every contract the company was handed. He alone had the patience, caution and legal savvy to work through the fine print. 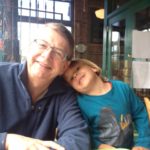 Rory with his namesake, our grandson Rory

Rory’s calmness under pressure made him the employees’ go-to person when they had difficult questions. The pressures became especially intense with the economic downturn of 2008. In the shaky years that followed, the employees trusted Rory’s honesty, knowing he was looking out for the company’s well-being and for theirs as well.

At the beginning of 2016, Rory and his partner Ken Rowan turned BCRA over to three partners. With everyone’s blessing, Rory and Ken took a few of the employees and formed Nexus, a company that improves the exteriors of buildings for moisture resistance and energy efficiency. When Rory retired from Nexus this March, he left the company in good hands. Both Nexus and BCRA still come to Rory with questions. He doesn’t mind. Problem-solving is part of who he is.

Some leaders naturally stand “out front.” Others work in our midst, making their mark quietly yet so significantly that they shape the group’s whole ethos. That’s what Rory has done as a business leader, a church leader, a community servant, and a father.

He’s also been the most significant influence in my life. But that’s another story—a long one, and a good one.