It’s been quite a while since I wrote on my blog.  My last entry marked the 34th anniversary of my marriage to Rory, and two entries before that I wrote about the arrival of my first grandchild.  Today I am marking a sadder life passage.  On January 30, 2011 my sister, Susie Hampton-Streng, left this cramped, limited world behind to find something better.

Susie spent most of the last two years of her life paralyzed, and the combination of frustration and grief this brought her was often overwhelming, both to herself and to those who loved her.  There is a lot I could say in this post about the incredible difficulty of life as a quadriplegic.  But I would rather just write about Susie herself—the “big sis” I idolized, confided in, squabbled with, laughed with, and loved.

I have seldom met anyone with such a natural interest in others as Susie had.  When I say “interest” I mean just that:  Susie truly found other people interesting.  She would often tell me with obvious fascination the stories of people she had talked to.  She didn’t have to know a person to be drawn in; if that someone looked interesting, Susie would describe him or her to me in perceptive detail.  But what I noticed most, over and over, was how absorbed she became when I talked about the events and non-events of my own life.  Whether I was telling her about the weeds in my yard, about disruptive students in my classes, or about one of my sons proposing to a young woman, she hung on every word.  She would lean closer, her lively eyes growing wider.  If I wisecracked, she threw back her head and laughed.  (I could always count on Susie to laugh at my jokes.)  If I was mad, she became righteously indignant along with me, rolling her eyes and throwing up her hands.  If I was simply telling her about something I found interesting—a book, say—she would ask one fascinated question after another. 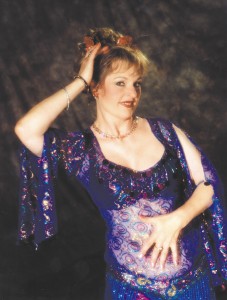 The only reaction I never received from Susie was boredom.  It just wasn’t in her nature to be indifferent, blasé.  After her paralysis, she was trapped inside a still body that was horribly out-of-sync with her animated character, and Susie’s frustration and discouragement were acute.  It would have hurt less to grow as numb emotionally as she was physically.  But she did not.  She remained a person of deep feeling, even when that meant deep pain.  All of her days she was a vital spirit, an enthusiastic listener, a loyal friend.

Thank you, Susie.  I love you.

I’m gonna lay down this world, shoulder up my cross, go on home to my Jesus, ain’t-a that good news!—-From a Black gospel song