For the last several years my writing time has been absorbed by two novels. The one I’m currently writing, tentatively titled Voice, is about ¾ complete in its first draft.  The other, The Bomb Shelter Quintet, has been finished, but I will be revising it after I finish drafting out Voice.  So I expect to be working on these books for quite a while yet.  (You don’t know the meaning of endurance until you write a novel, then write another, then decide to revise the first one.  Aaargh.)

Both of the novels are set in Hungary, The Bomb Shelter Quintet in 1944-45 and Voice in 1951.  The setting of the books has meant a tremendous amount of research—historical, geographic, and cultural.   If I had known at the outset how large and sometimes overwhelming the task would be, I probably would have been completely scared off.  But I’m glad I didn’t know, because the project has been fascinating.  A writer friend recently asked me how I went about the research, and I think it’s a topic worth exploring here.  This post will look mainly at general book research, with upcoming posts dealing with interviews and with research focused on life details.  Incidentally, a helpful book on the topic is James Alexander Thom’s The Art and Craft of Writing Historical Fiction. 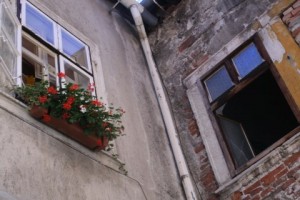 My novel The Bomb Shelter Quintet takes place in Budapest during and after a WWII siege.  When I began the research for the book, I actually knew little about Hungary, not much about central European history, and little about WWII warfare.  However, I did know a fair amount about music, and music forms a major thread in the story.  (So at least not everything was a total blank as I began.)  I started my research by reading some general histories of Hungary.  I paid particular attention to the 20thcentury, but it was also important to know what had happened there before then; this helped me see what the Hungarians are “made of,” what they fear, and what they assume as true.  Subtleties like this often make the essential difference in a novel’s sense of authenticity.  I also read travel books about Hungary and looked at as many photos as I could.  And since I knew that I one of the characters in my story would be a Gypsy, I read everything I could find on the Gypsies of central Europe. 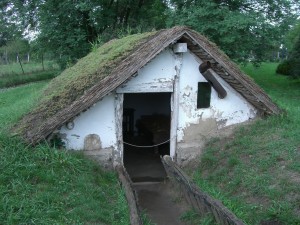 After a while I was able to travel to Hungary and see part of the country, but when I began writing the novel I had to guess at the setting by looking at pictures and reading descriptions.  It was not easy.  And at this point I’ll jump in and say that I began drafting out the novel early in the research process.  The research guided my writing, but the writing also guided the research.  By trying to stage the scenes I found out what I still needed to know.  (And five years later, on a second historical novel, I am still finding out what I don’t know.)

Shortly after reading the preliminary history books, I began focusing more specifically on the WWII period.  I read some memoirs by people who had lived in Budapest during and after the war.  These helped me to picture what daily life was like and what the average citizen struggled with.  Online I ordered a book called The Siege of Budapest by Krisztián Ungváry.  The book recounted day-by-day details of the fighting, almost street by street.  These chronological details turned out to be crucial in plotting my story.   And in addition to the military details, Ungváry gave eye-witness accounts of many civilians.  Their personal stories—of rape, hunger, destruction and utter confusion, but also of hope and help from unexpected sources—became the more intimate material informing me as I wrote.

The siege of Budapest was so chaotic and so terrible that I don’t know if I could ever say that I understand it.  But as I wrote, the task before me was to show the siege to readers through the eyes of my characters, who also didn’t understand the horror around them.  They just had to live with it.  Sometimes we as writers can feel overwhelmed by trying to make sense of the politics, economics and military strategy of what we are writing about, and certainly we need to understand it as well as we can.  But the main thing to convey is the effect of the events on our characters.

A few posts back I referred to the book East of the West by Miroslav Penkov.  It is an outstanding example of fiction that creates the emotional atmosphere of the setting by revealing its effects on the characters.  How about some other examples?  Favorites, anybody?

In the next post I’ll write about interviewing as a way of collecting good material and details.