The Next Big Thing: An Interview About a New Novel

The historical fiction writer Mary Biddinger created an on-line interview called The Next Big Thing.  I was tagged for this by Claire Gebben, whose historical novel about a German blacksmith will come out early next year. (It sounds very interesting!)  Meanwhile, here are my “Next Big Thing” answers regarding my own book, which is in the revision stage.

What is the working title for your book?      Voice.

Where did the idea come from for your book?     For a previous writing project I had 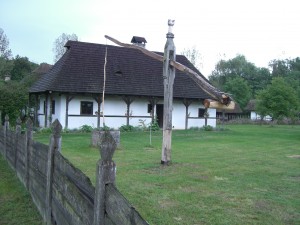 interviewed some Hungarians about their memories of the siege of Budapest during World War II.  They were willing to talk about the war, but they kept digressing to the Stalinist period that followed.  Their strange, harrowing stories stayed with me, prompting more research.  The novel that emerged from that is Voice, a story about two singers in communist Hungary in 1951.

What genre does your book fall under?     Historical fiction.

What is a one-sentence synopsis of your book?     This is two sentences, but here goes:  Set in Stalinist Hungary in 1951, Voice tells the story of 22-year-old Peter Benedek, a shy peasant forced by political pressures to go to work in the city, and Katalin Varga, an unmarried 20-year-old with a baby whose father has disappeared, most likely at the hands of the secret police.  Drawn together by singing, Peter and Katalin form a bond that helps them each to face their worst fears.

What actors would you choose to play the parts of the characters in your book?     Interesting question.  For my story, how they sound is at least as important as how they look.  So maybe dub in some good singing voices.  Here’s the cast.  For Katalin Varga:  Alicia Vikander, the actress who recently played Kitty in Anna Karenina.  For Peter Benedek:  I can’t think of an actor who would be perfect for Peter.  But maybe Elijah Wood.  (When he played Frodo he did a great job of looking stressed out.)  For Fredrik Zentai, the father of Katalin’s baby:  Ralph Fiennes, when he was younger and had more hair.  For Jansci Benedek, Peter’s father:  Jeremy Irons, at a little younger stage of his life.  And for Andras Varga, Katalin’s brother:  If there’s a young version of Colin Firth who can play violin really well, that would be Andras.

How long did it take you to write the first draft of the manuscript?     About four years, but that included a lot of research and some significant changes in my vision for the story and the characters.  I’m now revising the book heavily and expect to finish within the next few months.

What inspired you to write the book?     The idea of people doing something beautiful(singing) in the midst of fear and loss, thereby giving expression–voice–to hope.

What else about the book might pique the reader’s interest?     I think anyone interested in music or eastern Europe would enjoy this story, and so would people with an historical interest in the Cold War.    But this isn’t really a political story; it’s a deeply human one.  People who have read the manuscript have told me they really came to care about the characters.

Will your book be self-published or are you being represented by an agency?  I will soon begin looking for an agent.

And now I want to tag my friend Ruth Tiger for a “Next Big Thing” interview!  She is writing an historical novel about the bubonic plague in Norway.