I wanted to say more about our visit with Brendan and Erin in Peru, but before I do, let me pass on their website:  http://theconnallys.com.  They would love for you to read about their ministry there, which is a combination of dentistry, teaching and linguistic work. 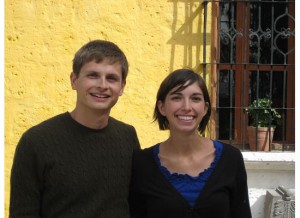 During the week Rory and I spent with them in Peru, the four of us took a chartered bus trip to the Colca Canyon.  We departed from Arequipa at an altitude of 8,000 feet, climbed through the arid mountains to 16,000 feet, and then back “down” (still high) into the canyon.  Along the way we stopped into a rather dusty canteen for el baño and for coca tea. 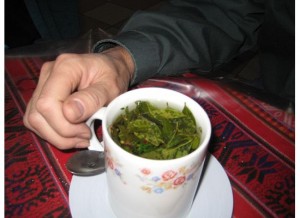 (That’s right, coca, as in what cocaine is made from.  When it isn’t chemically jazzed up, it’s very mild.)  This herbal drink consisted of hot water poured over whole leaves of coca, so it was a little like trying to drink a cup of spinach.  The Andes natives use coca to help with nausea and pain, and I saw a Quechua woman carrying coca clippings in a blanket on her back.  Our Peruvian guide swore coca tea was the perfect antidote to altitude sickness.  Our very limited test of this hypothesis was inconclusive.  Rory drank the tea and did not get sick.  I skipped the tea, and I didn’t get sick, either.  Who knows?

Our bus passed through a reserve area set aside for vicuñas, which are small relatives of llamas.  They produce a very soft, fine and expensive wool.  As we drove higher we saw many alpacas, raised for wool and meat.  They look like sheep with long necks, especially from a distance.  Llamas are used as beasts of burden.  The one I had the misfortune to meet had quite a nasty temperament and a long spitting range. 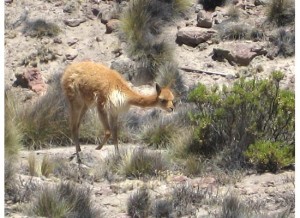 A vicuna, a small member of the llama family 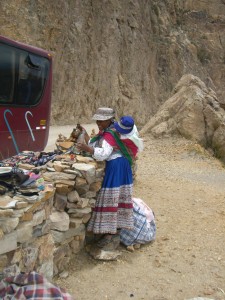 Quechua woman with a baby on her back

At all the places the tour bus stopped, Quechua women would spread out their wares: woolen goods, clay flutes, embroidered purses and the like.  Often they would bring a little daughter in a traditional embroidered dress and have the child stand with an alpaca.  The idea is that you (the tourist) snap the cute photo and pay mom.  Since I was tired of being viewed as a walking, talking wallet, I declined the posed snapshot and took a candid shot of my own.  There it is on the right (yes, I know it’s no stellar photograph) showing the way the Quechua mothers carry their babies.  They carry other things that way, too.  The blanket on the back seems to be a favored method of transport, along with laying things across a burro’s back.

The Colca Canyon was amazing—beautiful, deep, stark, rocky and dry, yet not a wilderness.  Every remotely arable plot of land had been terraced against water run-off and planted—beans, corn, potatoes, coca.  We took a hike in the canyon, walking across a bridge dizzyingly high above a river, yet we weren’t off backpacking in the boondocks.  We were a quarter-mile from a town.  For the people there, this life on the slopes (if not in the clouds) is normal, and they make it work.  Peru is a fascinating place.  Brendan and Erin love it there, and I pray that their love for Peru will continue to grow. 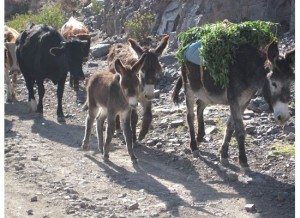 Peruvian transport systemThe Colca Canyon”Not even the king will eat if the laborer doesn’t work.” Worth thinking about, isn’t it?